Yakkin’ about The Cooperstown Casebook and the Hall of Fame

In the wake of my SI.com article on the Hall of Fame chances for Justin Verlander, Carlos Beltran and other players we saw in the postseason, I spoke to the great Dan Patrick on his radio show. We touched on Verlander, CC Sabathia and current candidates as well such as Mike Mussina and Curt Schilling, and he gave the book a plug.

The whole thing is worth a listen. My spot being interviewed by Deadspin’s Hannah Keyser is about 38 minutes in.

Photos from the event by Flaviu Nasarimba

For the night crowd: New podcast with @jay_jaffe Good stuff on his book and the history of the Hall of Fame. https://t.co/43FAYvtr8p

Bergino Clubhouse, New York, July 26. Here’s *most* of the interview I did with Bergino proprietor Jay Goldberg during my Launch Week appearance there. Alas, for some reason the recording stopped at some point during the Q&A.

WRAL SportsFan, Durham, July 28. Discussing the book, the system and this year’s Hall of Fame Class with Adam Gold and Joe Ovies.

Ed Randall, New York, July 30. A good Induction Day chat about the book and the advances of sabermetrics within baseball on WFAN.

This Week in Baseball History, August 2. For the 38th anniversary of the tragic death of Yankees catcher Thurman Munson, I spoke to longtime SABR pals Mike Bates and Bill Parker about his Hall of Fame case and my memories of his career for their weekly podcast.

The Poscast, August 3. There aren’t many writers who geek out on the Hall of Fame more than I do, but the great Joe Posnanski may be one of them. Here we discuss the book, the origin of JAWS and the upcoming 2018 Hall of Fame ballot and its controversies.

Richard Neer, New York, August 5. Chatting with another WFAN host, this time connecting current catcher pitch-framing metrics to a discussion of the book and the Hall.

Between my pre-existing connections and the work of the book’s PR team, I’ve had no shortage of radio and podcast spots since the book appeared on the horizon. Some of them disappear into the ether immediately, but here I’ve gathered a bunch of links to the archived ones into one post.

The Bernie Miklasz Show, St. Louis, July 20. Some Cardinals-related chatter here as well. Any day where get to talk Hall stuff with Bernie is a good day.

WGN, Chicago, July 23. When you bring up the Hall of Fame, some people can’t let go of the topic of steroids, so it’s all the more important that I take a deep breath and talk them through my logic.

The DA Show, July 24. One of my favorite spots amid this media whirlwind, a 30-minute in-studio appearance with Damon Amendolara of CBS Sports Radio

The Felske Files, July 26. Interviewed by John Stolnis of the Phillies-phlavored blog, The Good Phight.

The Ringer, July 27. Discussing the book and the Hall with former Baseball Prospectus colleague Ben Lindbergh and his partner in crime, Michael Baumann.

The Jeff Blair Show, Toronto, July 27. On Tim Raines’ candidacy and election, the book, and other Hall stuff.

Around the Big Leagues, Atlanta, July 29. My conversation with Grant McAuley for the Braves’ pregame show on 92.9 in Atlanta.

Sports On Earth’s Will Leitch has been a long-time supporter of my work, and even provided one of the The Cooperstown Casebook’s back-cover blurbs:

“Jay Jaffe has revolutionized how we think about not just the Hall of Fame, but about baseball itself. This book taught me much about the Hall of Fame, but it taught me even more about baseball. I am smarter for having read it, and, even better, it’s a blast to read.” ―Will Leitch, author of Are We Winning? and God Save the Fan, senior writer for Sports On Earth, and founder of Deadspin

Over the weekend, I spoke to him about book for a meaty 40-minute podcast. We discuss many things, including the voting process, historical trends and — previewing what I already believe will be a rather polarizing debate when the time comes — Yadier Molina. Our chat was a lot of fun, and I hope that it shows here. 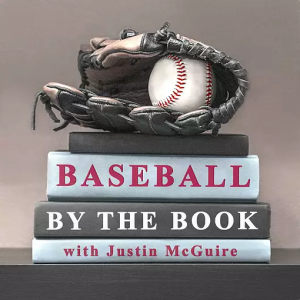 Former Sporting News editor Justin McGuire started up the “Baseball By the Book” podcast last December and has since assembled an impressive roster of authors discussing their great baseball books. I’m proud to have joined the ranks for Episode 61, having spent nearly an hour talking to him about The Cooperstown Casebook. You can grab it via iTunes, Google Play, Libsyn and Stitcher, and when you do, be sure to browse the archives for other great conversations.