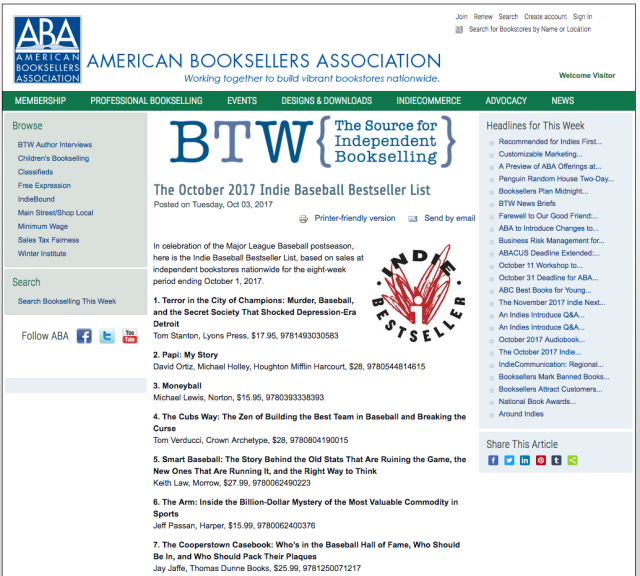 I didn’t know there was such a thing as the Indie Baseball Bestseller List, but there is, via the American Bookseller Association, and The Cooperstown Casebook is on it. It’s published “In celebration of the Major League Baseball postseason,… based on sales at independent bookstores nationwide for the eight-week period ending October 1, 2017.”

The list goes 25 deep, and my book is at number seven among familiar names like Michael Lewis, Tom Verducci, Jeff Passan, Keith Law, Ben Lindbergh, Roger Angell (!), Marty Appel, and, via as-told-tos, ex-players such as David Ortiz, David Ross, Rick Ankiel and Chipper Jones. No doubt having Brooklyn’s Greenlight Bookstore to fulfill requests for signed, personalized copies is part of that, as is the IndieBound system. Thanks to everyone who chose to support their local independent bookstore in buying the Casebook.

Thank you to everyone who bought The Cooperstown Casebook during its first week of availability, whether online, in stores, or in person at one of my half-dozen appearances. It’s a genuine thrill to hear people tell me how much they’ve been anticipating this book and how much they value my work. What’s more, the reviews have been uniformly positive, and the initial sales strong as well. In fact, either the hardcover or Kindle version has ranked number one in Amazon’s Baseball category every day since the release date. Eight days later, the hardcover — which climbed as high as #600 overall on Amazon — is still number one, which is amazing!!!

For the moment, those strong sales have apparently made it harder to get the book, with Amazon customers reporting mid-August ETAs, and Barnes and Noble and Powell’s temporarily out of stock.

Update: I’ve officially been informed that the book is into its second printing (!), which should help clear those situations up fairly soon. Holy cow!

Meanwhile, there are other ways to get the book. Books-a-Million is still showing availability as I write this, and you can use the IndieBound system to find an independent bookstore that stocks it or will sell it online.

And speaking of independent bookstores, I am using Brooklyn’s Greenlight Bookstore to fulfill requests for signed, personalized copies. I’ll be heading over to sign the first batch to go out later this week. 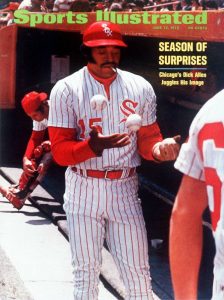 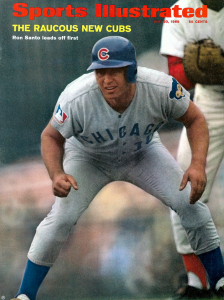 Besides the introduction to The Cooperstown Casebook, three other chapters have been excerpted online at three different outlets.

At Sports Illustrated’s web site, my home base, is a portion of Chapter 4: How the Voters put Third Base in a Corner, which tells the story of the Hall’s origins and the voters’ long failure to honor third basemen. No player bore the brunt of that failure to a greater degree than Ron Santo, a nine-time All-Star and five-time Gold Glove winner who now ranks seventh in JAWS at the position. He was finally elected on the 2012 Golden Era Committee ballot — posthumously:

Santo, a Chicago Cubs great, had died almost precisely a year before the Hall corrected one of its most glaring oversights. He had spent 15 years in the majors (1960 to ’74), mostly as a star third baseman for the Cubs, then 15 years on the BBWAA ballot (1980, then ’85–98, after a rule change restored his eligibility), and nearly a decade being bypassed by various forms of the Veterans Committee (2003, ’05, ’07 and ’09) before finally gaining election. Unfortunately, the beloved Chicago icon had passed away at the age of 70 due to complications from bladder cancer and a body worn out from battling diabetes, which had shortened his career and eventually cost him both legs from the knees down. Rarely had claims of baseball immortality collided with the reality of human mortality so violently.

Alas, the BBWAA and VC voters have rarely gotten it right when it comes to third basemen. Through the 2017 election cycle, fewer major league third basemen are enshrined (13) than at any other position except relievers. Through eight decades of Hall history, at no other position have voters’ inconsistent standards and the messy, inefficient process been so readily apparent. Few players have borne the brunt of their missteps as directly as the late great Cub.

At FanGraphs is a portion of Chapter 6: Blyleven, Morris and the War on WAR, which is about how two pitchers — or rather their Hall candidacies — came to symbolize one front of a culture war within the game, and to redefine Hall of Fame debates in the twenty-first century. The candidacy of Bert Blyleven benefited from sabermetric research and a grassroots campaign by a new generation of baseball media, while that of Jack Morris was slowed by similar research; ultimately, he benefited from a backlash against the same forces that helped elevate Blyleven.

If and when Morris gets in, it will be another example of a small committee electing a subpar candidate, though hardly the worst. Those committees’ processes are opaque, with ballots never seeing the light of day and voters far less accountable than the writers. They’re more likely to share Morris’s disdain for sabermetrics — “Ninety percent of the general managers are in it. That’s why the game is messed up,” he told [blogger Murray] Chass in 2013 — than to reexamine his (or anyone’s) career in an objective light.

If Morris does get elected via that route, will it mean the battles of the late 2000s were for naught? I don’t think so. Subsequent elections have solidified the incorporation of advanced statistics into Hall of Fame debates, with that of Tim Raines — elected in 2017 after a slow, Blyleven-esque climb (see Chapter 14) — a shining example. WAR may not be a staple of every fan’s daily diet or every writer’s work, but its appearance on broadcasts, on ballpark scoreboards, in daily game coverage and other reporting, and even on the backs of baseball cards, is no longer uncommon. As the BBWAA electorate evolves, with younger voters having greater exposure to Bill James, Baseball Prospectus, FanGraphs, JAWS, and much more, that trend will continue.

And finally, at Baseball Prospectus, where JAWS was invented in 2004 (though it didn’t initially have the catchy acronym) it’s the Case Study of slugger Dick Allen from Chapter 13.

Any way you slice it, Allen’s a bit short on the JAWS front, so choosing to vote for him means focusing on that considerable peak while giving him the benefit of the doubt on the factors that shortened his career. From here, the litany is sizable enough to justify that. Allen did nothing to deserve the racism and hatred he battled in Little Rock and Philadelphia, or the condescension of the lily-white media that refused to even call him by his correct name. To underplay the extent to which those forces shaped his conduct and his public persona thereafter is to hold him to an impossibly high standard; not everyone can be Jackie Robinson or Ernie Banks. The distortions that influenced the negative views of him— including Bill James’s crushing dismissal (“[Allen] did more to keep his teams from winning than anybody else who ever played major league baseball. And if that’s a Hall of Famer, I’m a lug nut”) in The Politics of Glory—were damaging. To give them the upper hand is to reject honest inquiry into his career.

For those wishing to purchase a signed/personalized copy of The Cooperstown Casebook, I have arranged to partner with Greenlight Bookstore, an independent Brooklyn retailer that sells online through a very cool program called Indies First.

The Cooperstown Casebook: Who’s in the Baseball Hall of Fame, Who Should Be In, and Who Should Pack Their Plaques

Click on that linked book cover, then add the book to your cart. When you go through the checkout process, indicate your personalization request in the “Order Comments” field during step 2.

Though you won’t get the deep discount that you might on Amazon, Barnes and Noble, etc., this should be more cost-efficient than buying the book through one of those sites and then paying additional shipping to send me the book to sign and then return to you (as a few have offered to do). Plus, it helps support a small bookstore that’s part of my community. And for as long as supplies last, I’ll include one of the promotional baseball cards made with the Rookies App — a perfect bookmark!

The first excerpt from The Cooperstown Casebook — the introduction to the book — is available here. 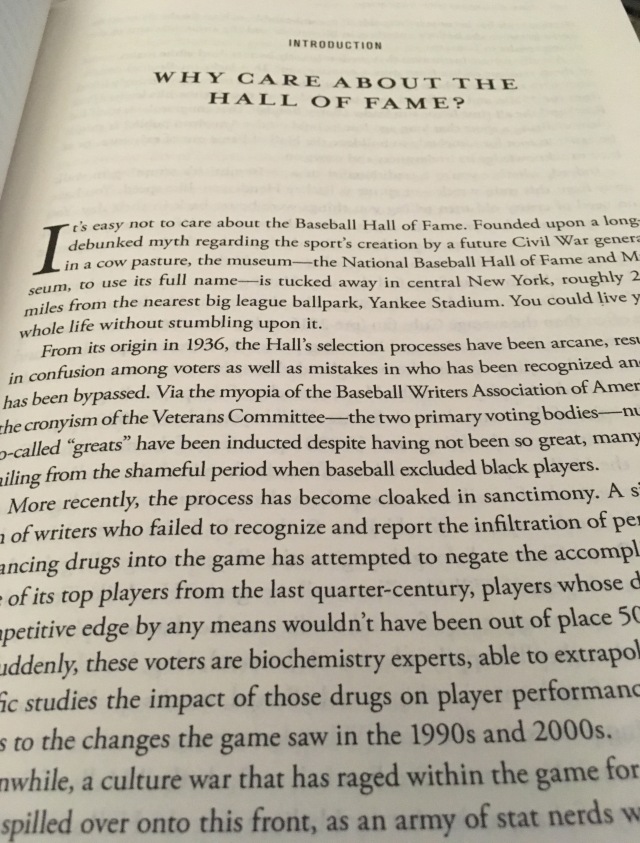 Foreword by Peter Gammons    ix
Introduction: Why Care About the Hall of Fame?    xiii