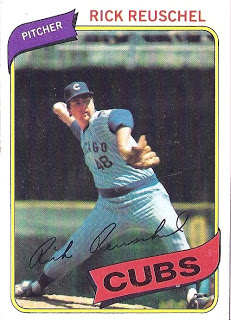 In his time, almost nobody thought of “Big Daddy” in a Cooperstown context, but the portly 6´3˝ righty showed impressive staying power during his 19-year career and stacks up well in light of WAR. He spent most of his first dozen seasons with the Cubs, his strong run prevention under heavy workloads often going unnoticed amid mediocre won-loss records — he was 135-127 during his Chicago years — though a 20-10 1977 season did get some attention; he led the NL with 9.4 WAR and finished third in the Cy Young voting. A brief foray to the Yankees resulted in a trip to the 1981 World Series and a torn rotator cuff that cost him all of 1982 and most of ’83-84, but he resurfaced as a strong starter in Pittsburgh and then San Francisco, helping the Giants to two playoff appearances and the 1989 World Series in his age-40 season. BBWAA voters almost completely ignored him, and he’s unlikely to break through via committee, but he’s 32nd in career WAR, ahead of many no-doubt Hall of Famers. 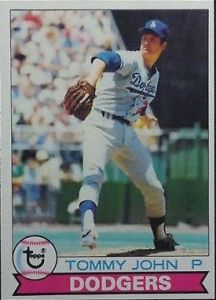 John pitched more seasons in the majors than anyone except Nolan Ryan. That’s thanks to his role as the recipient of the most famous sports medicine procedure of all time, the elbow ligament replacement surgery performed by Dr. Frank Jobe in 1974 that is now named for John. His biggest years came after the surgery; from 1977-81, he placed in the top five in Cy Young voting three times, won 20 or more games three times and pitched in three World Series for the Dodgers and Yankees, though all on the losing side. Despite that modest peak, he’s more a compiler than a star. A groundballer who didn’t miss many bats (just 4.3 K/9), he had just four seasons of 5.0 WAR, and never led his league in any triple crown category. While he came close to 300 wins, he surpasses only Don Sutton’s peak WAR and Early Wynn’s career WAR among the 24 members of the 300 win club. Given that he topped out at 31.7% of the vote, you’d have to apply an extremely large bonus for the surgery to make the case that he merits enshrinement. Considered on the 2011 and 2014 Expansion Era Committee ballots, he’s up again in 2018, but the Hall’s decision to honor him in tandem with Dr. Jobe in 2013 may be as close as he ever gets.

Clarkson owns the highest JAWS ranking among a quintet of enshrined 19th-century hurlers — Pud Galvin, Tim Keefe, Old Hoss Radbourn and Mickey Welch are the others — who made their bones prior to 1893, when the pitching distance was set at 6’6″. During that time, the rules of the game were particularly in flux regarding the distance, type of delivery, ability of the batter to request a high or low pitch, number of balls required for a walk, and equipment.

In that era, top pitchers carried workloads that would now be unthinkable, routinely throwing more than 400 innings in a season, and even topping 600 on occasion, accompanied by astronomical totals of starts, complete games, wins and WAR as well. On that last note, a total of 32 pitchers combined for 52 10-WAR seasons from 1871-1892, an average of 2.4 per year; the aforementioned quintet accounted for 12 such seasons. Clarkson had three such seasons (13.1 in 1885, 14.9 in ’87 and 16.7 in ’89), with at least 620 innings in the two bookend seasons and 523 in the middle one.

All of which is a long-winded way of saying that the numbers of these pre-1893 guys — and those with comparable numbers who aren’t in the Hall, such as Jim McCormick, Tommy Bond, Charlie Buffinton, Tony Mullane and Bob Caruthers, to reel off the next five names in the JAWS rankings — should be taken with a grain of salt. While I’ve considered the possibility of removing the aforementioned quintet from the set before calculating the standards, ultimately, it doesn’t move the needle very much. Including all 62 starters, the averages are 73.9/50.3/62.1, while without those five, they’re 73.7/49.0/61.3, less than a full JAWS point. The two guys who slide above the standard are Bond and Buffinton, not that anybody should rush out to put them on the Early Baseball Era Committee ballot. If anything, voters should regard Curt Schilling and Mike Mussina as being further above the standard.